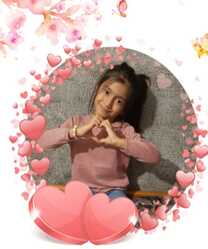 Afghanistan refugees are being reached with Bible studies in camps, aid distribution, language classes, womens club, apartment visitations in Thessaloniki and more!
The Afghanistan Initiative is going extremely well. While a brother named Philip was still here and led Bible Studies for three months in two remote camps located less than an hour from Thessaloniki, just before Christmas we distributed $30 food package to 10 Afghani families and took them off their camps to a restaurant for a Christmas meal celebration. How much joy God brought brielfly to those who are stranded and cut off from church family! After brother Phillip's Visa expired and he returned to the States in December, he entrusted to me his newest convert and new translator, let's call him Samuel. He fled Afghanistan recently when the Taliban threatened to kill him and his family. They ended up in Thessaloniki and now he is our partner in ministry. Every week he reaches out to families in Thessaloniki and distributes aid to those in need. Every day he brings new contacts to meet Maria and I at our Anagenesis meeting place for tea, programs and converstions. Last Saturday on January 29, we took 12 boxes of clothes to a cafe outside a camp that Samuel had surveyed previously and scheduled for families to come every 30 minutes. It started slowly but it quickly became overwhelming with an outpouring of 100 men, women and children eager for a little help and a chance to make a new friend. In Greece the next wave of ministry is for Afghani converts as the Iranians fade as they move on to other European countries. Pray for the new developments and our Iranians remaining behind. Also pray for Samuel's spiritual development and his wife's salvation.​​​​​​​
Funds for the Aid to Afghani Refugees were made possible by the Bishops Relief Fund and the Greece Development Extra Mile Project. https://give.fmcusa.org/donation/df-epgrdevfundThanks for your generous support and prayers. It is a privelege to serve the Lord together with you